IS AARON RODGERS PLAYING AT A 2010 LEVEL?

As a company anchored in Madison, we love most things Wisconsin. Beer, cheese, brats, Badgers, and of course our beloved Green Bay Packers. Internally, one of our Pandas, James Fassbender, is probably the biggest fan of the Green & Gold and he couldn't stop seeing the pattern of play and victory of the 2010 season. That was the year the Packers defeated the Pittsburgh Steelers to win the Super Bowl behind MVP Aaron Rodgers.

If you've been following the Packers you might recall we had a little scare mid-way through the season and questioned the play and coaching of the team (shame on us). But for James he followed the manta to R-E-L-A-X and saw something different. Included in this post is a link to the dashboard he developed in Power BI comparing the play of Aaron Rodgers' 2016 season to his 2010 season. You can interact with it here.

We hope you're as excited about the Dallas game as we are. Go Pack go! 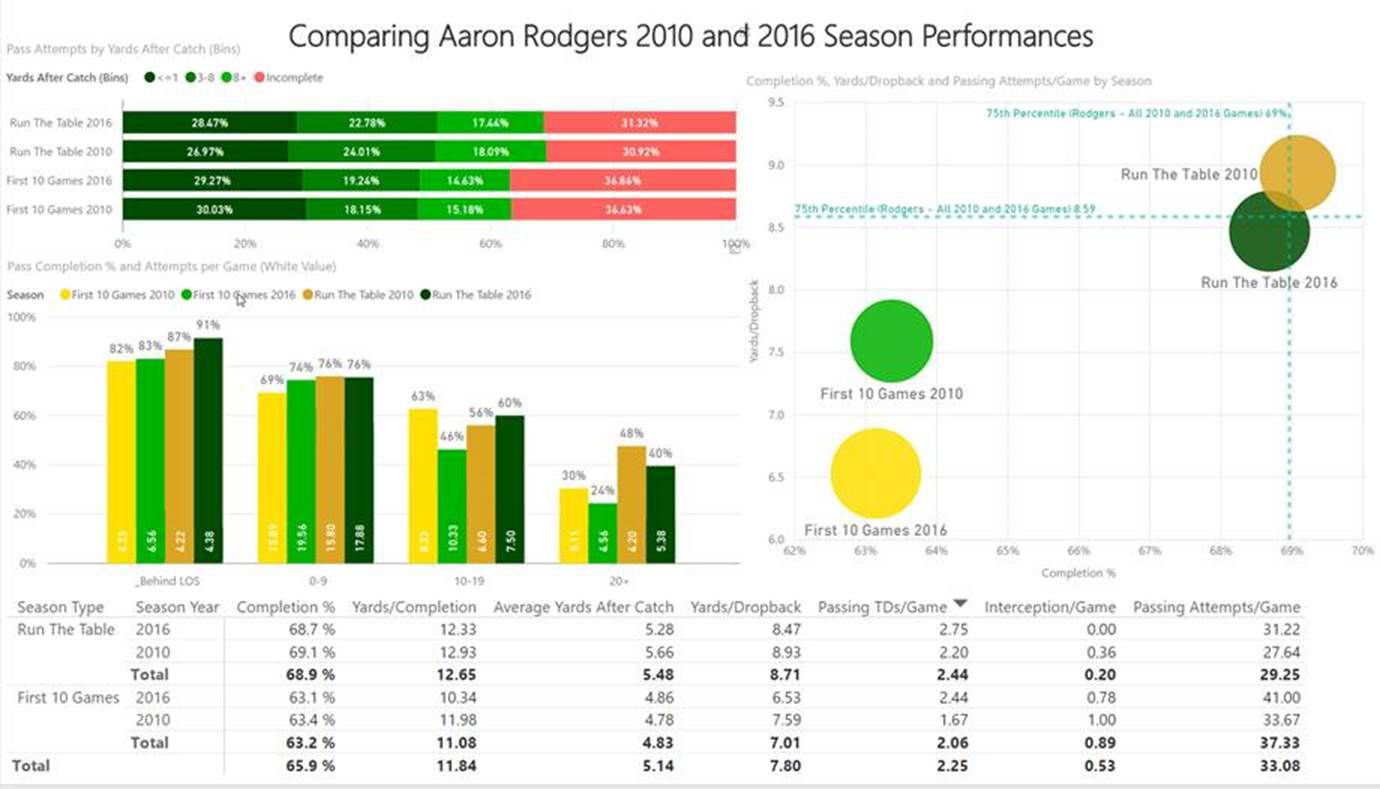